If you’re married, respecting your husband like the Proverbs 31 Woman doesn’t have to be difficult … but it does need to be intentional. 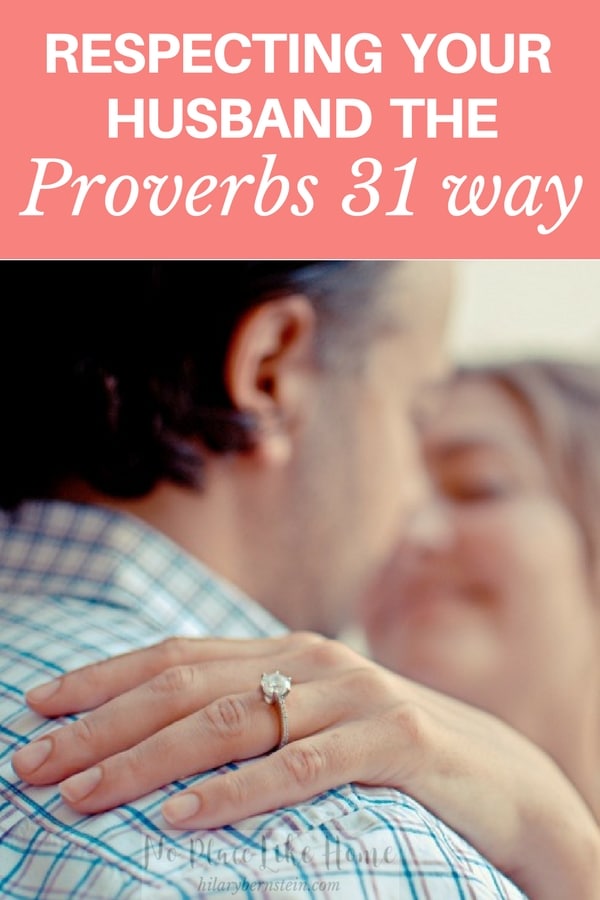 Which came first: the chicken or the egg?

And in Proverbs 31:23, which came first: a husband or a well-respected man?

As Proverbs 31:23 says, “Her husband is known in the gates when he sits among the elders of the land.”

My question is this: Was the Proverbs 31 Woman’s husband a man worthy of respect when they got married? Did she choose a husband wisely? (Or have her husband wisely chosen for her?)

Or did her husband change into a well-respected man during their marriage?

We’ll never know for sure, but we do know that during their marriage he was a man who was respected by many.

If you’ve studied biblical marriage, you know that husbands need respect from their wives. As Ephesians  5:33 instructs, “However, let each one of you love his wife as himself, and let the wife see that she respects her husband.”

Just as women need love, men need respect. And as a husband feels respected by his wife, he will begin to live in such a way that he is worthy of respect.

(Try it. If you’re feeling frustrated with your marriage, first pray about your husband and your relationship with him. Ask the Lord to help you respect your husband … and then start respecting him with your words and actions. A transformation may not happen overnight, but you’ll be amazed with the results.)

As you respect your husband and he becomes respectable, others will notice the change, too. His behavior through his actions and words will be worthy of respect.

Others will watch your respect-filled attitude and behavior, too. As you become a woman worthy of honor and respect, they’ll take note. 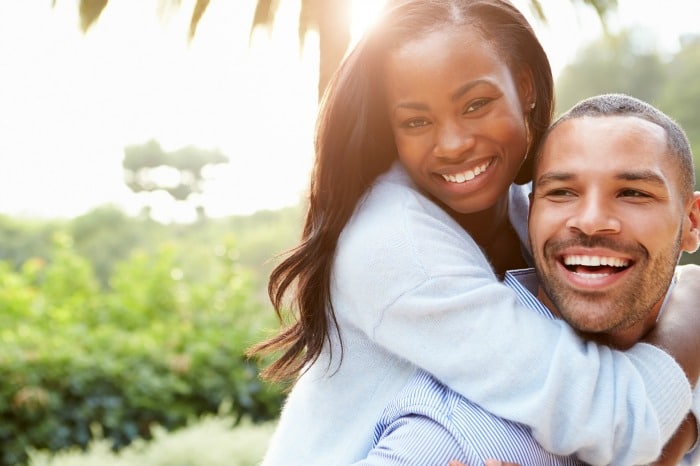 When your husband isn’t worthy of respect

Just as the Bible includes the Proverbs 31 Woman’s respectable marriage, the Bible also tells about the very different marriage of Abigail and her husband Nabal.

As 1 Samuel 25 recounts, “Now the name of the man was Nabal, and the name of his wife Abigail. The woman was discerning and beautiful, but the man was harsh and badly behaved.”

When David was passing by Nabal and Abigail’s property, he guarded all that Nabal had in the wilderness, so he sent his men and asked for favor. Nabal refused.

David was offended that Nabal was returning evil for good, so he told his men to strap on their swords for retribution. Abigail’s servants told her about the situation and she took matters into her own hands.

Abigail hurried and presented David with gifts (two hundred loaves and two skins of wine and five sheep already prepared and five seahs of parched grain and a hundred clusters of raisins and two hundred cakes of figs) and apologized to David. He accepted her apology and spared her household.

When Abigail returned home, Nabal was holding a feast and was drunk, so she didn’t tell him what happened with David. “In the morning, when the wine had gone out of Nabal, his wife told him these things, and his heart died within him, and he became as a stone. And about ten days later the Lord struck Nabal, and he died.” (1 Samuel 25:37-38)

After Nabal’s death, David took Abigail to be his own wife.

Why ever Abigail married Nabal, we’ll never know. We do know she had to deal with her badly behaved husband. Even when he wasn’t worthy of respect, she still wisely tried to correct his mistakes. She may not have done it with the utmost respect (in verse 25, Abigail tells David, “Let not my lord regard this worthless fellow, Nabal, for as his name is, so is he. Nabal is his name, and folly is with him.”) but she did work hard to protect their household.

Even if your husband isn’t worthy of respect now, keep doing respectable things. And keep praying. You never know what may happen … God may hand him over to the folly of his ways like Nabal, or He may change him into a respectable man. 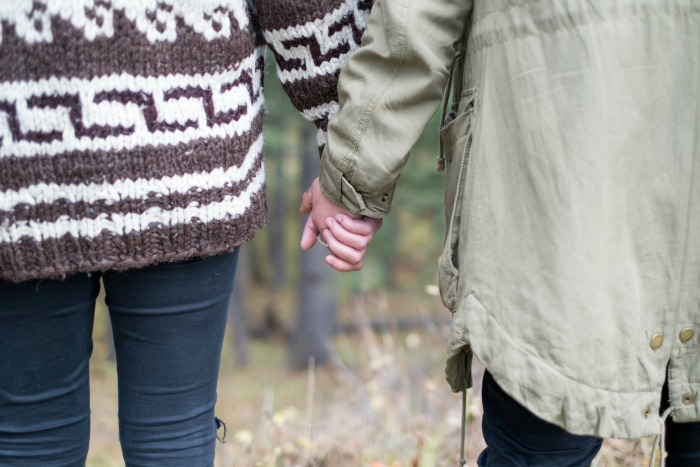 As you treat your husband with respect and as you patiently pray for him, look for changes over time. (I’m not talking about days or weeks … but years.)

As they’re driving around town, they happen to pass by the wife’s ex-boyfriend, who works as a garbage collector.

“If you would have married him,” the mayor says, “you would be the wife of a garbage man … NOT a mayor.”

“If I would have married him,” the wife retorts,” HE would have been mayor.”

Instead of wondering what comes first – a husband or a well-respected man – we need to be more concerned about how we are helping our husbands and treating them with respect. As wives, we need to use our influence for good. 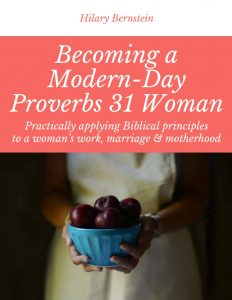 Instead of only wondering what Christian homemakers, wives, and mothers could or should do, Proverbs 31 details it for us. The best part? The Proverbs 31 woman’s examples completely apply to life today. And they can help you manage your home.

In Hilary Bernstein’s eBook, Becoming a Modern-Day Proverbs 31 Woman, readers dig into the biblical example of Proverbs 31 woman. The instant download includes 16 insightful chapters that will help you learn how to respect your husband, become an excellent wife, and glorify God with your life. Buy your copy now! 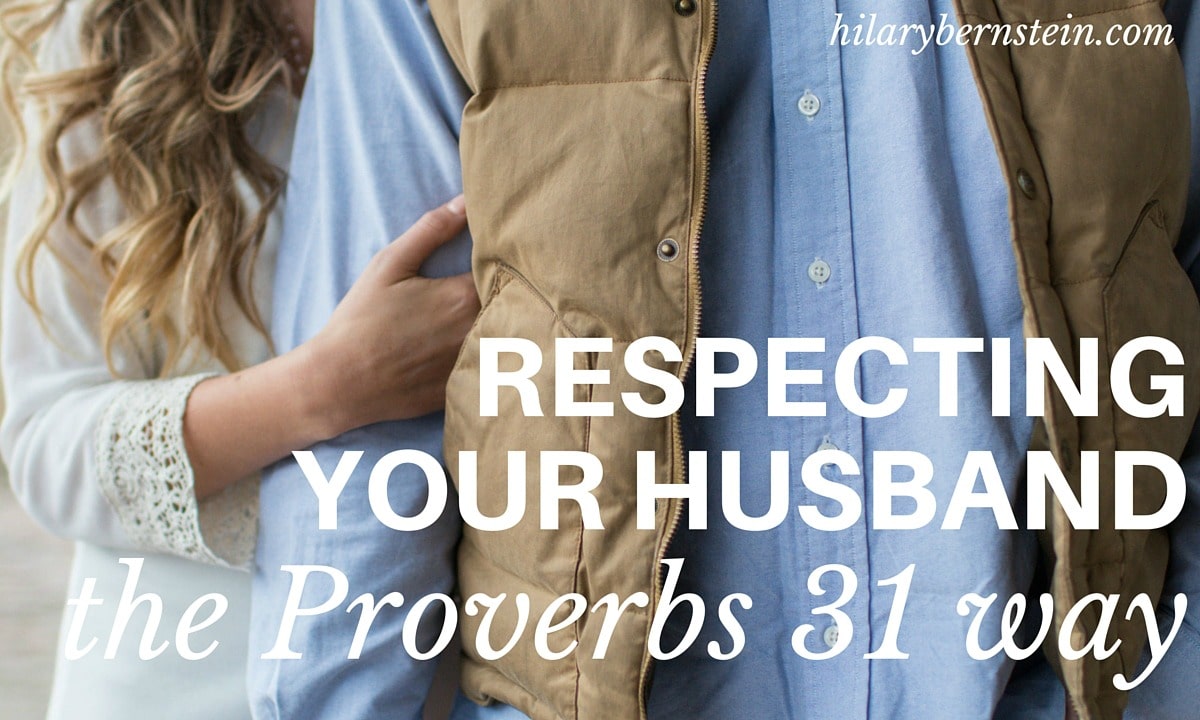 When it comes to respecting your husband, how are you doing?

Hilary
Hilary Bernstein is a Christ follower, wife, homeschooling mama, and writer who believes every Christian woman can transform her home into a haven. She's happiest when she's hosting friends and family for dinner, going on date nights with her husband, singing along to the radio while driving her kids around, enjoying live performances, relaxing on family vacations at the beach, and spending cozy family nights at home.The author of several books, Hilary loves to encourage her e-mail subscribers!

Have You Become Your Own Worst Enemy?
5 Things Wives Should Remember About Their Husbands
The Amazing Way God Can Transform Your Parenting
Watching God Transform Your Marriage

Hilary Bernstein is a Christ follower, wife, homeschooling mama, and writer who believes every Christian woman can transform her home into a haven. She's happiest when she's hosting friends and family for dinner, going on date nights with her husband, singing along to the radio while driving her kids around, enjoying live performances, relaxing on family vacations at the beach, and spending cozy family nights at home. The author of several books, Hilary loves to encourage her e-mail subscribers!

I believe you can find peace and purpose when you care for your home and family with an eternal perspective. I'm here to guide you with faith-filled encouragement!