In case you’re wondering just who Hilary Bernstein is, I’d love to share.

Professionally, I’ve served as staff writer and editorial assistant at Christian Mission magazine, then transitioned to lifestyle editor at The Gazette, a daily newspaper in Medina, Ohio. At The Gazette, my editorial responsibilities included anything related to home, family, food, travel, and entertainment. (Basically, only good news!)

Once my husband and I became parents, I wanted to stay home with our son and daughter. To keep writing, I started a blog – Accidentally Green – in 2011. Here’s my young family when I started blogging: 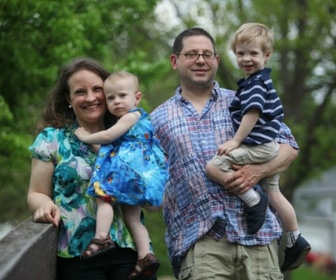 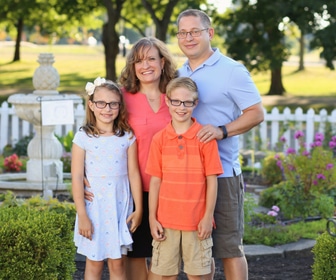 Over the past ten years, I’ve written thousands of blog posts, several eBooks, and was the site editor and contributing writer for both The Humbled Homemaker and Keeper of the Home. I began blogging at HilaryBernstein.com in 2015, so I could help Christian women transform their homes into havens.

I believe you can find peace and purpose when you care for your home and family. I'm here to guide you with faith-filled encouragement!

Home to a Haven uses cookies to ensure that you get the best experience on this website. OK!